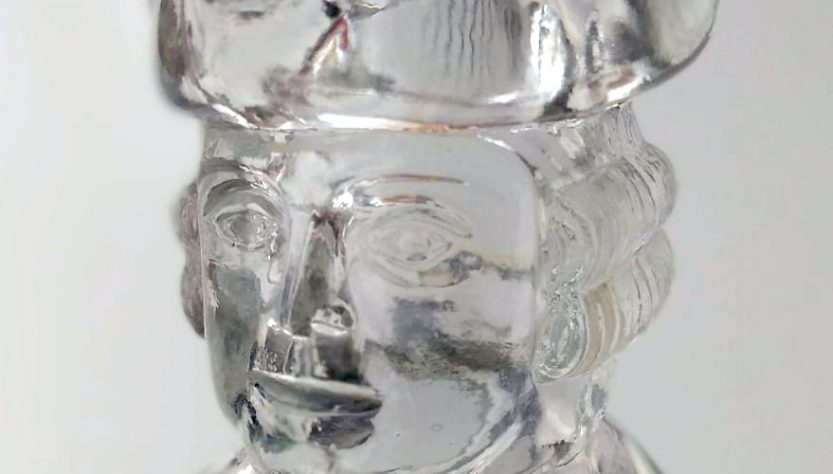 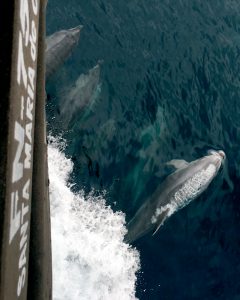 From Columbus, to Churchill, to Washington: this perspective explores personal stories linked to the history of Madeira wine.

They formed a glistening, leaping escort, swimming close under the bows of our ship. To the delight of all aboard the full-size replica of the Santa Maria, the flagship of Christopher Columbus during the voyage in which he unwittingly ‘discovered’ America more than five centuries ago, the eight or so bottle-nosed dolphins had joined us soon after we left the port of Funchal, on the southern coast of Madeira.

After the dolphins headed back out to sea, the Santa Maria continued her cruise, passing close beneath the island’s sheer, daunting cliffs, the highest in Europe. Our captain pointed out the old fishing village of Cãmara de Lobos, where the reborn Santa Maria was built in 1998. When Winston Churchill holidayed at Funchal in 1950 and made an excursion to the village, he was so struck by its charms that he set up his trusty easel and painted the scene.

As the freshening breeze tensed the rigging and we returned to port, a crewman proffered a tray of refreshments – slices of rich Madeira cake, and glasses of the island’s most prized export, its eponymous fortified wine.

During his brief stay on Madeira, Churchill had tasted an especially rare vintage, bottled from a cask originally presented to Napoleon Bonaparte in 1815, after his defeat at Waterloo. Travelling to his final exile on St Helena, the captive emperor was disinclined to accept the gift. With his love of both history and fine wine, Winston had no such reservations. 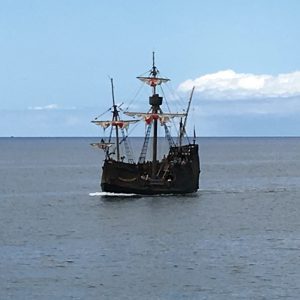 Columbus and the crew of the original Santa Maria would have recognised the mellow and heady wine that Churchill sampled with appreciation: vine cultivation commenced on Madeira soon after the Portuguese occupied and claimed the uninhabited Atlantic island in the second decade of the fifteenth century.

By 1450, it was noted that the Candia Malmsey variety from Crete was already flourishing in Madeira’s sub-tropical climate and fertile volcanic soil. So, the old story that George, Duke of Clarence, the troublesome younger brother of King Edward IV of England, was deliberately drowned in a butt of Malmsey at the Tower of London in 1478, is certainly plausible in chronological terms.

That same year the ambitious Columbus sailed to Madeira, hoping to profit from its booming sugar production. While there, he mixed with Portuguese sailors already familiar with navigating the open Atlantic to West Africa. He put their knowledge to good use in 1492, when he set sail from Spain on the voyage that reached the Bahamas, and ultimately Cuba.

By the early eighteenth century, the inhabitants of Britain’s North American colonies had taken to calling their adopted homeland ‘Columbia’ in honour of their discoverer. When they drank toasts to its continuing prosperity, their tipple of choice – especially for the wealthy elites – was Madeira. Britain was a long-standing ally of Portugal, and her wine merchants on the island enjoyed special trading privileges that left them well-placed to exploit the American thirst for their goods, which showed no signs of abating even as the colonists contemplated separation from the Mother Country.

One of the merchants’ best customers was George Washington, who probably acquired his abiding fondness for Madeira as a teenager, when he accompanied his half-brother Lawrence on visits to Belvoir, the impressive residence of the English-born Colonel William Fairfax. There, just miles from Lawrence’s home at Mount Vernon, young George learned the manners and bearing of a gentleman, and began aspiring to the elegant lifestyle of which expensive Madeira wine was a conspicuous status-symbol.

Unlike many of his contemporaries, Washington wasn’t a heavy drinker – but he was certainly a discerning one. His surviving letters and diaries reveal much about his passion for Madeira, and his efforts to maintain supplies of the highest quality. 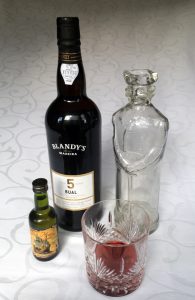 Washington obtained the luxury goods he craved on credit from the London-based firm of Robert Cary and Co. But when it came to ordering his favourite wine, Washington also dealt directly with the merchants on Madeira. For example, in March 1760, Hill, Lamar and Hill responded to Washington’s order for a ‘pipe’ of their wine, explaining that while it was ‘very dear’ they hoped it would prove ‘satisfactory after standing a summer to show its quality’. A ‘pipe’ or ‘butt’ (the same size of barrel into which Clarence was reputedly tipped) contained 126 gallons, which explains why Washington also ordered labels for the wine that he bottled himself.

Three years later, Washington wrote to the agents John and James Searle for another pipe of the ‘best Madeira wine’. He specified his requirements: ‘I would chose a rich, oily wine, and if the present vintage should not be good, to have it of the last, or in short, or of any other you can recommend.’

Throughout the Revolutionary War with Britain, when Washington faced the herculean task of commanding the Continental Army, Madeira continued to lubricate his treasured interludes of relaxation. In 1780, at the conflict’s height, the French general the Chevalier de Chastellux observed that the convivial suppers that Washington hosted for his staff and guests were typically accompanied by ‘a few bottles of good claret and madeira.’

With American independence won, there remained one link with the old British regime that Washington was reluctant to sever. In September 1785, he wrote to Lamar, Hill, Bisset and Co. of Madeira, instructing them to retain his latest order of wine until it could be conveyed directly to Alexandria, on the Potomac River, and close to Mount Vernon. If it had to be sent first to Norfolk, at the entrance of Chesapeake Bay, then the cask should be ‘well secured against adulteration.’ Reflecting harsh experience, he added: ‘I had rather lose the whole, than have part taken out, and the deficiency supplied by water – which is too common a practice with the river skippers.’ 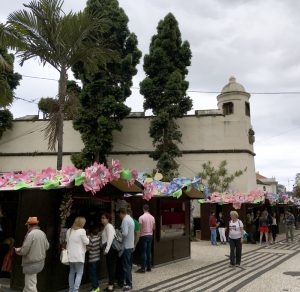 Unlike his fellow statesman Churchill, George Washington never had the opportunity to visit the island that provided him with so much pleasure over the years. If he were able to do so today, he wouldn’t be disappointed. The merchants that Washington corresponded with are long gone, but their successors maintain the old traditions. Strolling through the streets of Funchal during flower festival time it’s hard to miss the vendors offering ‘tastes’ of the island’s revered liquid ambassador. Even at just a euro for the younger vintages, there’s no danger of ‘adulteration.’ ‘His Excellency’ would surely have approved.